We’ve spent this last week reading about humanity’s downward spiral away from God. We’ve seen how people start by refusing to know him and end up with a society that suffers all the ugly consequences of sin. It would be easy for those of us who are believers to say, “I’m glad I believe God and have escaped that mess.” 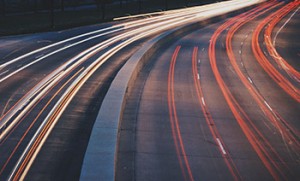 That’s probably exactly what some of Paul’s Jewish readers were saying to themselves. They were God’s people, after all. They thought Paul’s description did not apply to them. But he pulls the rug out from under them – and from us. We are no better, no more righteous. We have no room to judge those marching away from God. We, too, are sinners who deserve his anger and punishment. (You remember Romans 3:23 and 6:23.)

Fairly or not, some Christians are known as people who sit in judgement of those outside the church. Instead, we should become the people who say, “Big news! God is giving away eternal life for free to all of us sinners! Come and see!”

Think: Does it ever make sense for us to judge or look down on those who are not in Christ on this side of heaven? Are we any better in ourselves?

Pray: Ask God to give you real compassion for those who have rejected the Creator, and ask that they will see his compassion in you.

The post Wrath: No Better appeared first on PlanetWisdom.