Old West gunfighters. Mafia and kung fu guys on TV. Marines. All these guy’s guys are said to live their lives by a code. They don’t always do good things – and sometimes they do evil things – but they’re famous for honoring some kind of code for what’s okay and what’s not. 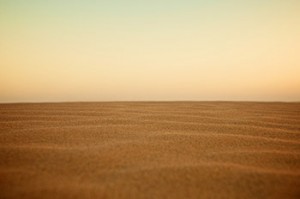 In Psalm 15, King David of Israel describes a code to live by. It’s not the Ten Commandments; it’s not the Law. In 5 short verses, he describes a life code to live by that accomplishes two things: First and most important, it’s the life God wants to see in his people. The second result of following the code pops up in the last sentence, today’s verse: “He who does these things will never be shaken.”

The boring word I’m trying not to use here is “character.” A person of character lives by a code of right and wrong, doing things that please God and skipping those that don’t. Even in the worst moments of life, that code tells him or her how to live in a way that is not worthless.

John Holt put it this way: “The true test of character is not how much we know how to do, but how we behave when we don’t know what to do.”

Think: Is it necessarily noble to live by a code if it’s the wrong code? How do we know a good code from a worthless one?

Pray: Ask God to help you want to be a person of character. Ask him to help you live in a way that pleases him.

Do: Write down one or two Do’s and Dont’s you would include if you were building your own code for life.