“As for you, you were dead in your transgressions and sins, in which you used to live when you followed the ways of this world and of the ruler of the kingdom of the air, the spirit who is now at work in those who are disobedient.” (Ephesians 2:1-2) 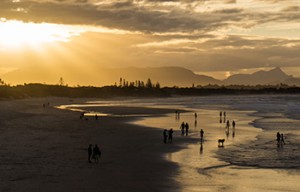 [1]What would it take to be good enough to be with God in heaven forever? It would take a lot more than being able to climb Mount Everest. Some people have done that, right? But none of them were dead when they did it.

Paul wrote that we all start out with a big problem. Spiritually speaking, we’re dead – born that way because we were born sinful. We were poke-us-with-a-stick dead. All the way dead. And spiritually dead people can’t take even one step toward God. So we lived spiritually dead lives, just like Satan wanted us to.

Think: If we start out as spiritual dead, how much of heaven can we ever hope to earn by doing spiritually good stuff?

Pray: Ask God to help you understand more clearly what He did to bring you salvation.