“I pray that out of his glorious riches he may strengthen you with power through his Spirit in your inner being.” (Ephesians 3:16)

When my son was about five, he went through a phase where he was continually impressed by how powerful I was. He would try his hardest to pick up a heavy box without being able to budge it. Then I would scoop it up without even grunting (much), and he’d look at me and say, “Whoa, dad, you’re really strong.” 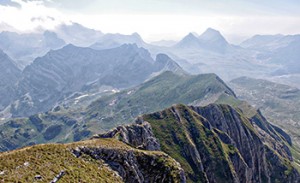 It was awesome, but it didn’t last too long. He kept growing and getting stronger. I didn’t. He eventually started to catch on to the fact that his dad’s strength is only about average for a man. He’s learning that he is strong enough to handle some pretty big boxes on his own.

I’ve notice the same thing has happened in reverse in my relationship with God as my Father. When I started out, I was pretty sure I could handle anything. I trusted my own strength, and I thought maybe God would be impressed with my self-reliance. He wasn’t.

We’re talking about big prayers this week, and what Paul asks today is a doozy. He knows God has an unlimited bank account of “power,” and he asks God to take some of “that” power – limitless God power – and to install it in the “inner being” of the Ephesians.

How often do you ask God to put His “whoa, dad” power in you or in someone else’s inner being? That’s a big prayer.

Think: How strong are we in our inner being – in our hearts and minds and souls – when compared to God? Would you say you are impressed with his power? Would you say that you need his power to do anything worthwhile?

Pray: Pick another Christian you know. Ask God to do this for both of you, to “strengthen you with power through his Spirit in your inner being.”

Do: Read David’s prayer to see the impressive power of God in Psalm 68:28.