Check Yourself: Hearing the Warning?

“It is God’s will . . . that you should avoid sexual immorality . . . and that in this matter no one should wrong his brother or take advantage of him. The Lord will punish men for all such sins, as we have already told you and warned you.” (1 Thessalonians 4:3,6)

Is extra-marital sex a victimless crime? Paul says no. Twice. In 1 Corinthians 6, Paul warns that we sin against our own bodies when we “sin sexually.” In other words, the God who loves us commands us not to hurt ourselves by participating in “porneia,” the word translated into “sexual immorality.” 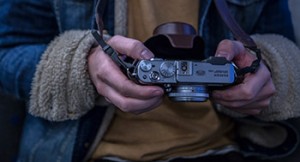 Second, we sin against the person God loves who we are involved with – and/or against his or her spouse. Paul may be talking here about taking advantage of a woman’s husband when committing adultery with his wife. But adultery isn’t the only sexual sin that invites God’s punishment and results in hurting others.

God asks us to do a difficult thing – especially in the Internet age – to refuse to see another person’s willingness as releasing us from the responsibility for the damage they or others will suffer as a result of our joining in sin with them.

Pray: Ask God to help you to take the right amount of responsibility for how your sexual choices will impact everyone else involved.

Do: Listen for true and false messages in the culture this week about who gets hurt (or doesn’t) when sexual immorality takes place.

The post Check Yourself: Hearing the Warning? appeared first on PlanetWisdom.