Touch to Navigate
Send The Fire > Formation > Soul Food > All About Him: Creatures and Children

All About Him: Creatures and Children

How often do you think of yourself as a creature? As something made by another? As a manufactured item? I don’t much, personally. But it’s what we are, isn’t it? We are made by God. He is creator; we are creation. 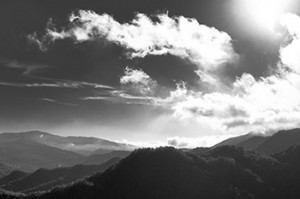 The reason, maybe, that it’s a hard idea to hold on to is that we are also sons and daughters of the creator, those of us in Christ. We are made and we are adopted. We are assembled and we are children with a home and a Father and a place in the universe.

Why wouldn’t all he has made praise the Lord? Why wouldn’t all of us who see ourselves as both creation and family of the Maker tell all the others of his mighty acts and glorious kingdom . . . our home forever?

I am proud to be made by him and not self-made, to belong to him and not on my own, to call my Maker . . . Father. Of course I will praise him, right along with all else he has made.

Think: Does the fact that you are a created thing make you feel more or less significant? What are some reasons you can think of that anyone would not want to think of themselves as the creation of God?

Pray: Thank God for creating you and offering you a place in his family through faith in his only begotten Son.

Do: Look for an opportunity this week to praise God to a friend or family member who does not believe in Jesus. You don’t have to sing; just say something that is great about him.

The post All About Him: Creatures and Children appeared first on PlanetWisdom.